The story of how Charlie Poulsen met Hugo Burge

Nice to meet you

I have been living in the Scottish Borders for nearly thirty years with my wife Pauline Burbidge, who is a Textile Artist. We have a house, studios and garden in an old farm steading called Allanbank Mill Steading. (situated only 10 miles away from Marchmont). I met Hugo for the first time when he came to our annual Open Studio in 2018.

We hit it off very quickly as Hugo has a very open way with people and we understood each other’s language, ambitions and direction of travel. I was very excited by his vision of Marchmont as a place for ‘makers and creators’.

I was delighted to be offered a platform for the largest of my ambitions and at the same time feeling part of an organic growing vital dynamic collective of peoples and talent, which Marchmont is. Hugo is the driving force whose ambitions and direction remain a fluid dynamic thing not a rigid plan, akin to making an artwork where initial ideas evolve and change responding to the physical fact in front of you.

Marchmont is the most amazing place which has a creative energy running through it.  The house beautifully restored, crammed with art work from contemporary, arts and crafts in abundance, classical mediaeval all in harmony together. The garden; a place of the unexpected rapidly becoming a unique statement, which includes a range of sculpture, again a deliberate mix of classical and contemporary. The stable block semi derelict in 2018 now the core of Marchmont ambitions to nurture creativity with studios and workshops. There are; chairmakers, stone carvers, painters, sculptors, illustrators, silversmiths, potters and more to come with a big programme of residencies ranging across the creative disciplines.

Those who live and work at Marchmont or like us within its orbit, buy into the whole idea, a belief in the transformative nature of art and what it can do for those involved and for those in the immediate neighbourhood and community at large. 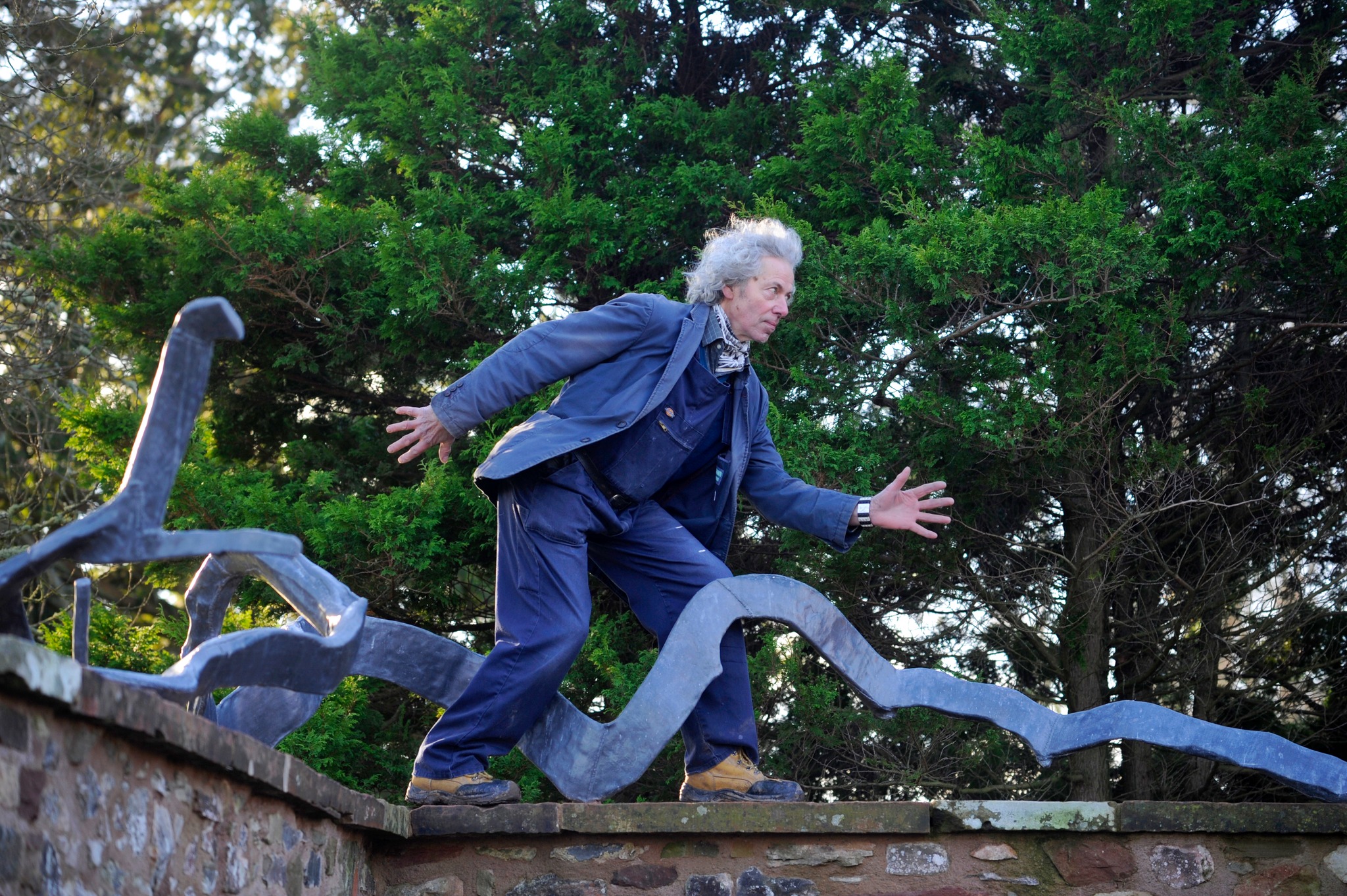 The sculpture I make requires many a skill I don’t possess.  It is team effort involving collaboration between me and Hugo, and many specialists at Marchmont and beyond including: gardeners, builders, oak frame makers, blacksmiths, engineers, crane drivers. Stone masons and many others. It requires everyone to believe in the outcome.  What I am trying to do often hasn’t been done before, we have to be guided by a belief that it CAN work and it’s GOING to work.

Hugo has a great love of trees and this is where our interests have coincided so well. I had numerous drawings based on objects which interacted with living trees. Many of the drawings were from the early 2000’s when I had been trying to interest various bodies in what I was doing but nothing came of it.  When Hugo saw these drawings he said, we have to make these a reality and now we are, plus others which have been especially created for Marchmont like Stone Cracker.  A huge quarried stone with a hole drilled through and a tree planted in the hole.

There are eight major pieces of work already in place mostly ‘growing sculpture’ like Skyboat where an object - a boat - is supported by oak frames with living trees planted underneath. Eventually the trees will take the weight of the boat (this could be in 80 or more years’ time), the structure can be removed and the boat will ‘float’ in the trees. Three of the eight sculptures use sections of tree which have been cast into iron or wrapped in lead like Dancing Tree and Two way Split.

Others sculptures are planned. We are in it for the long term 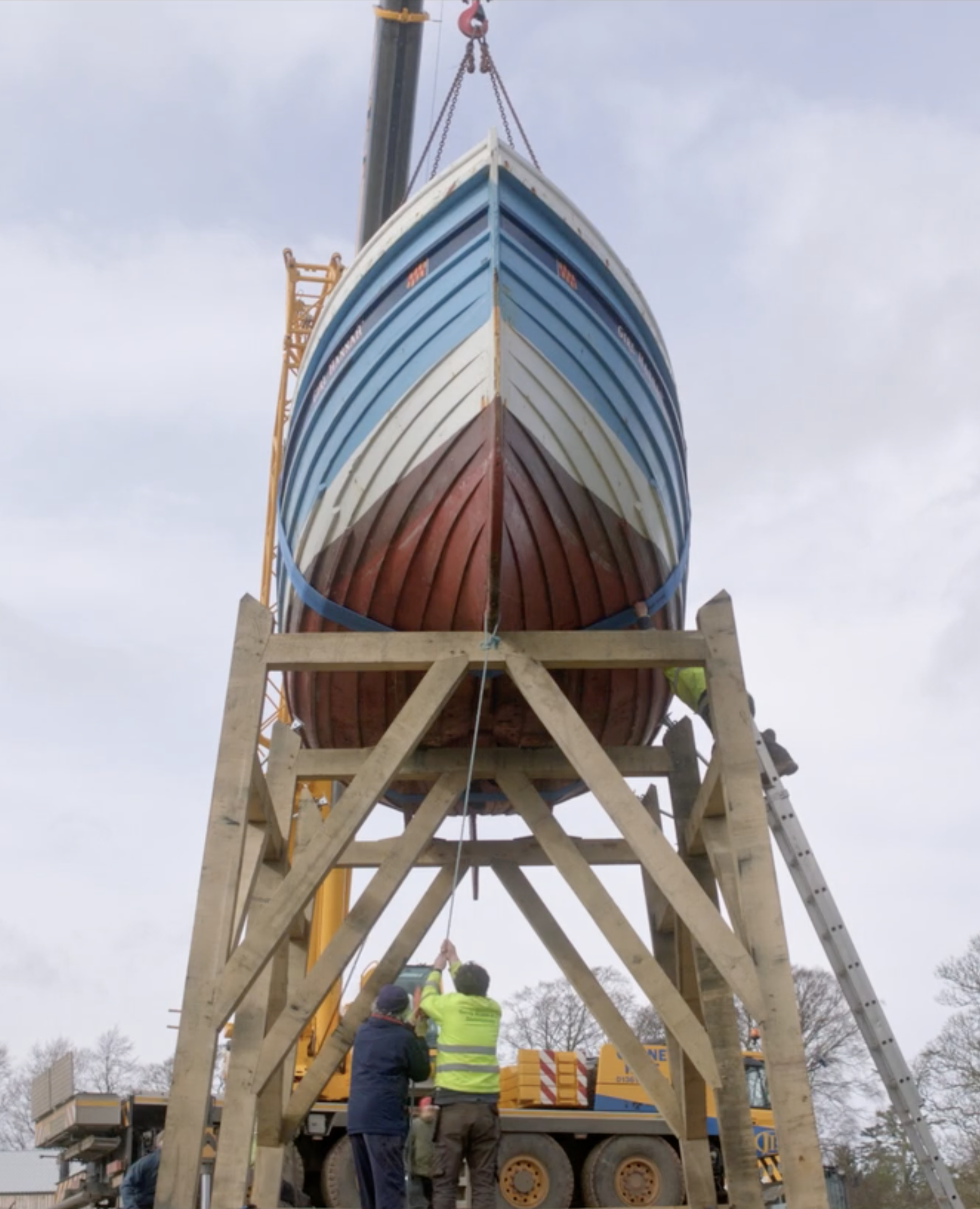 The Making of Skyboat 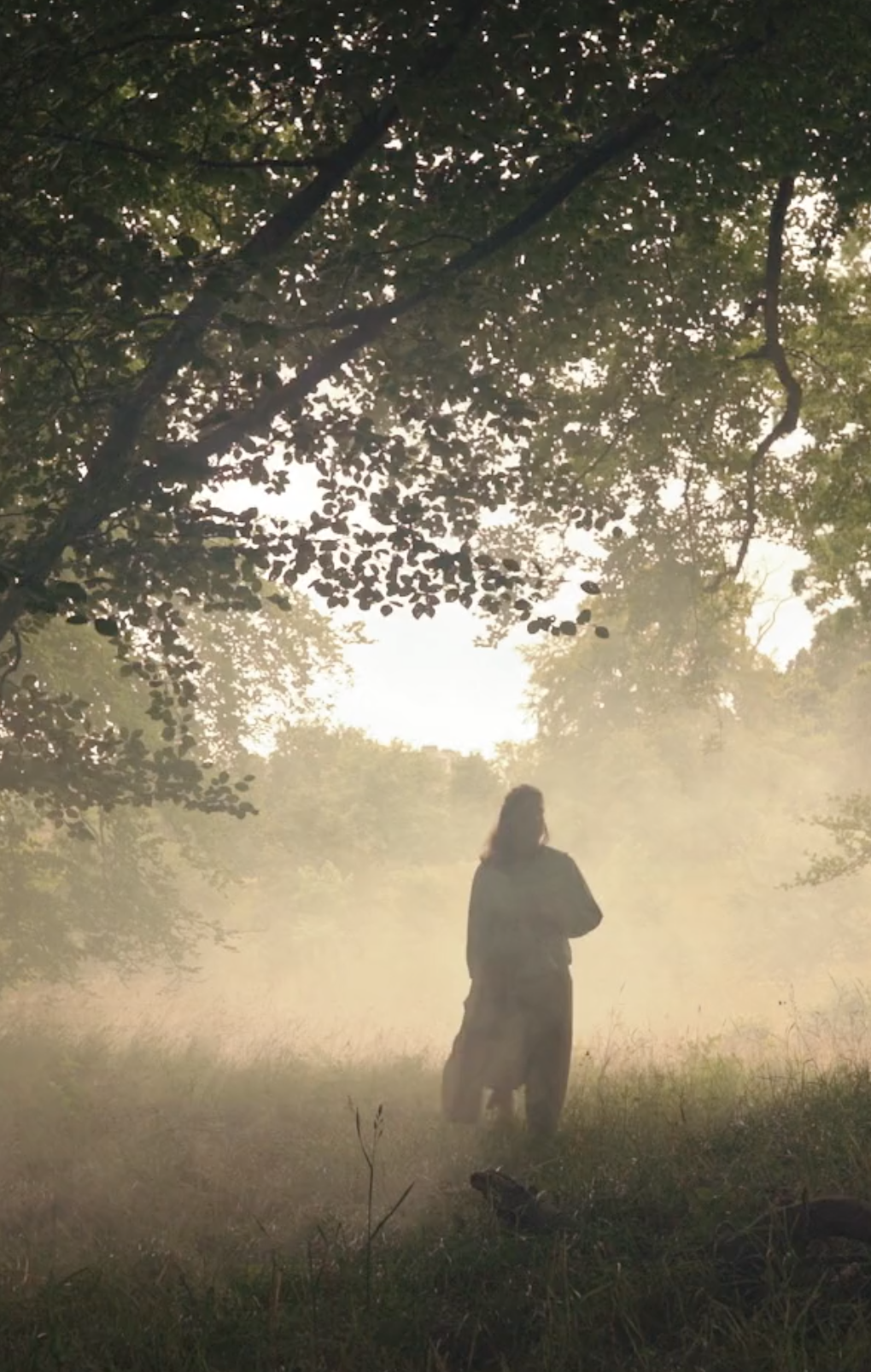 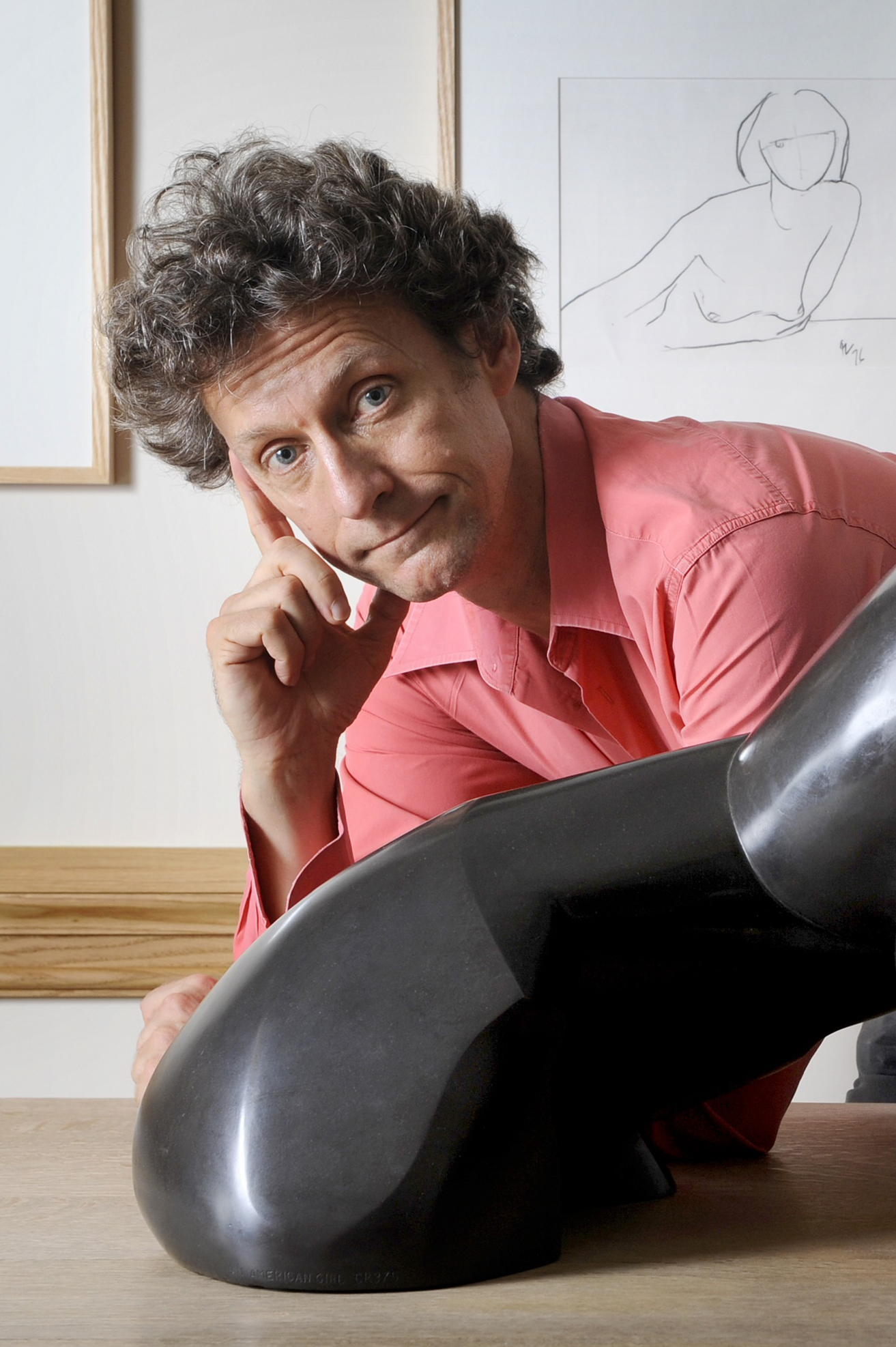 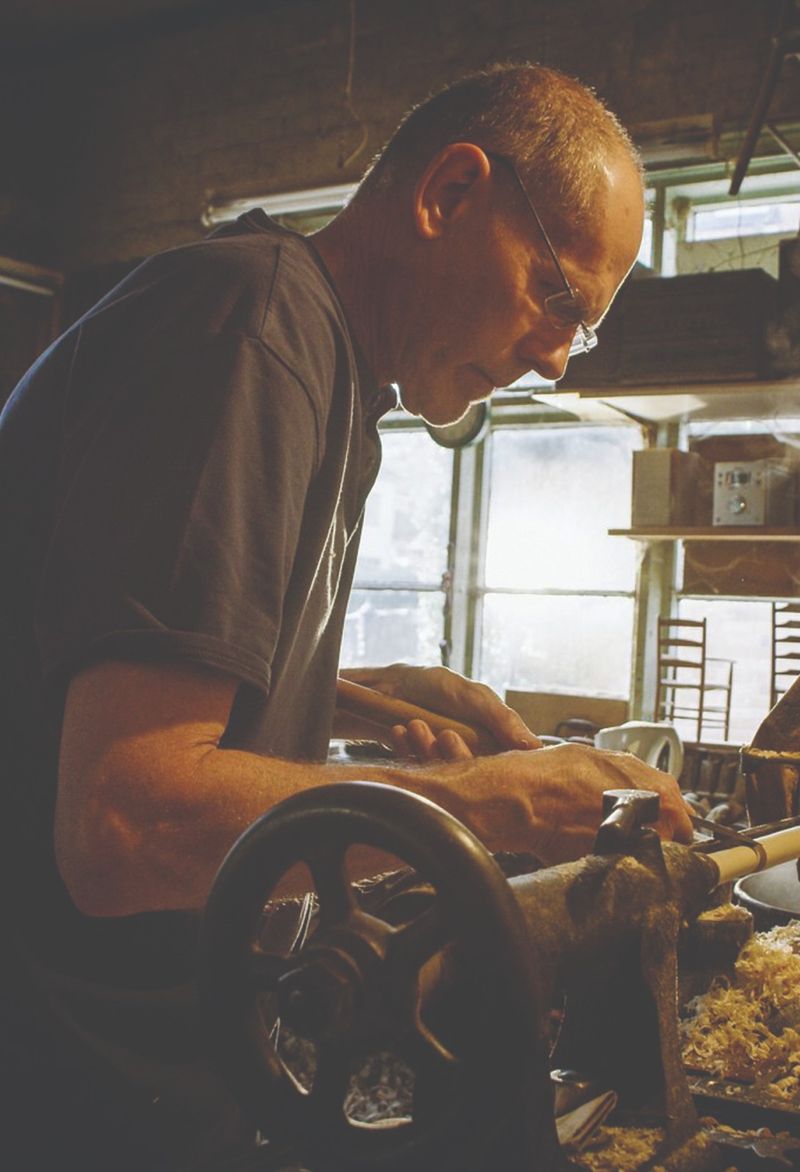 Subscribe to be notified when new Stories are published.