Epsilon is a 2.5m high bronze by Keith McCarter, who has created private and public commissions for clients across the globe in a career spanning over five decades.

The new work will be officially unveiled as part of Exploring Modern Scottish Sculpture, a workshop organised at Marchmont, an 18th century Grade A listed Palladian mansion whose recent eight-year restoration has inspired Hugo Burge, director of Marchmont Farms Limited, to commence a journey to bring it alive as a home for makers and creators, celebrating creativity, innovation and entrepreneurship.

The sculpture workshop takes place on 21 September and will bring together a world-class group of speakers who will explore whether beautiful, inspiring and internationally influential post-war Scottish sculpture has been under-celebrated.

Epsilon, which the public can view for the first time at this event and during two separate sculpture tours of Marchmont on 22 September, is the latest of Keith McCarter’s abstract pieces and is inspired by his love of Greece and its history as the birthplace of western civilisation.

McCarter works in a range of mediums including stainless steel, bronze and concrete and his sculptures can be found across the globe from Washington DC and New York to Switzerland, Nigeria and sites in the UK including London, York, Norfolk, Greenock and Edinburgh. All are envisaged on a large scale in a landscaped or built environment, with art and architecture working hand in glove.

Marchmont House director, Hugo Burge, who commissioned the new sculpture, said: ‘Epsilon is a stunning addition to the collections here at Marchmont. Praised and encouraged by Henry Moore, Keith McCarter is typical of the incredible artists we will be discussing in our workshop who I believe deserve greater recognition both within Scotland and further afield.

I hope that this event will give people an opportunity to discover more about modern Scottish sculpture and leave participants with a greater understanding and enthusiasm for the work that Scotland has inspired.

Discover Epsilon and Marchmont's other sculptures on one of our Tours, that run regularly throughout the year. 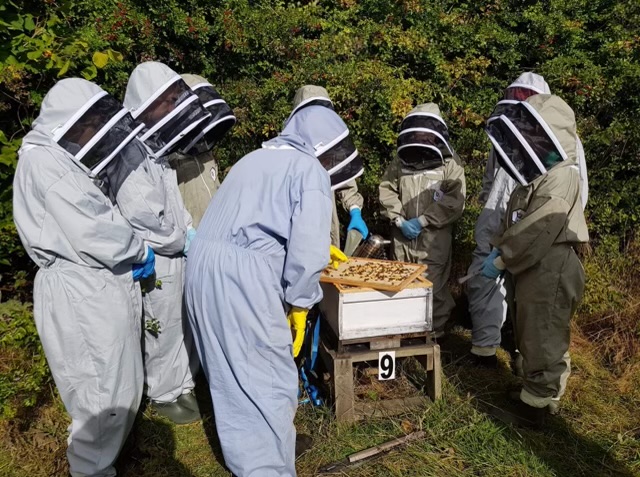 A special Artist Residency space in memory of Rory McEwen.

Read More
Read all the News

Subscribe for the latest news and developments at Marchmont House.